It is common thing if celebrities in South Korea linked with plastic surgery, including Lee Si Young. But different with mostly Korean stars who didn’t clearly admit plastic surgery, Lee Si Young did the opposite. She bravely said that she has the works done. So, what did she have? 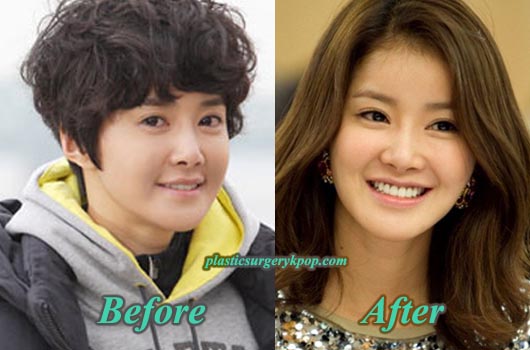 Lee Si Young has been linked with several plastic surgery procedures since there were some significant changes found on her. After her old photos spread, the rumor of plastic surgery soon addressed to her. On a local TV show, Lee Si Young made the things easier by admitting it.

“I was honest when my past photos came out for the first time, too. I admitted it because you can obviously tell (comparing the photos),” Si Young said.

Although Lee Si Young didn’t openly state her plastic surgery procedures, but it’s easy to see that she has at least nose job done.

Just like common South Korean celebrities who demanded their nose to be fixed, so did Lee Si Young. Actress who played in popular film Boys Over Flowers has taken the benefit of the nose job. Nose job or Rhinoplasty procedure has reshaped her former nose well.

From Lee Si Young before and after plastic surgery pictures we can clearly see the result of the surgeon’s work. She used to have flat nose. Her former nose wasn’t really matching to her. It seems that Lee Si Young has taken a good decision by reshaping her nose. She now appears more beautiful with better new nose shape.

As a celebrity who regularly appears in front of camera, Lee Si Young knows better that physical appearance means a lot. To enhance her beauty, Lee Si Young then believed to get the eyelid surgery. Eyelid surgery which also known as the Blepharoplasty has changed her former small eyes look. 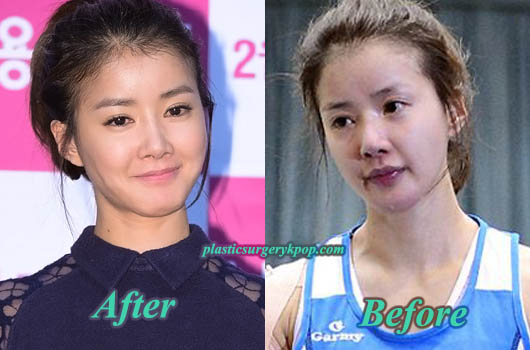 It’s easy to see in Lee Si Young comparison photos how her eyelids dramatically changed. Her today eye looks much more open with more lifted upper eyelids. It is surely a contrary fact with hers in the past where she had smaller eyes look.

It is good to see Lee Si Young appears more beautiful these days. In her 32 years age, Lee Si Young’s beauty is attracting many eyes for sure. She is like Park Shin Hye, Go Ara and Han Chae Young who also getting the advantages of plastic surgery. Check them all and compare their plastic surgery results.

Next post: Choi Ji Woo Plastic Surgery Before After Pictures